Here at Denpa no Sekai, nothing makes us happier than helping spread the fun of denpa and moe music all around the world. For many of us fans, this will eventually lead to making the great pilgrimage to Japan itself, and taking part in awesome live idol and DJ events. However, for many of our readers, this might also seem like a big leap into an unknown world. Do you want to get to know Japanese otaku culture and mingle with the local fans, but you just don't know where to start? You are in luck, such an event has just been created: J-Geek! (And for those of you already well versed in the culture, don't worry, the guest lineup and great price is already enough of a draw! Maybe you can even be an ambassador and help teach other visitors!)

The first J-Geek event takes place on 3/8, a bit short notice for those flying in from other countries, but don't worry, there are more events to follow! Being the day before Miku Thanksgiving Day, this one will have a Miku theme, complete with cosplaying bartender girls.

The event is organized by Saeki Kenzo, who our readers most likely know as the producer of Shiraishi Nagomu (白石なごむ)'s album, and organizer of the famous TOgether idol live events which have featured Momoi Haruko, MOSAIC.WAV, Dearstage girls Dempagumi.inc, Afilia Saga... The list goes on. However, he also has a long history in the music industry as a vocalist and lyricist, check out his facebook profile for his full story in English!

Also, if there is anything you are curious about or would like to see in upcoming events, please sound off in the comments and I will pass them on to the organizers! They want to hear from you!


The biggest draw of the lineup this time to Denpa no Sekai readers no doubt be Morinaga Mami (森永まみ), who readers of our twitter may know by now as an up and coming "DEMPA-KEI milky Idol." Cute style and crazy songs, she's got it all! You also may know her from her band, "necomimi spacenoid" (necomimi☆スペースノイド), or when she took part in the Moe Purin auditions hosted by Inoue Miyu (井上みゆ).
Want to see her in action? Watch her twitter for when she'll do her next NicoNama broadcast, or check out the many videos on youtube! 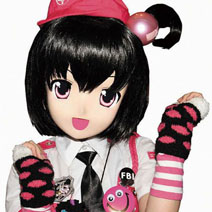 Another name that might be familiar to our readers is Momochi Minami (桃知みなみ), probably the most famous anime face kigurumi idol / DJ in the world?! And yes, she is actually a girl for all you jaded doubters out there! Our Momoist readers will know her best from being a repeating guest on Momoi Haruko's NicoNama show, and also appearing on the Nico / TV show "Dream Creator" with her. And don't forget Legend Of Face, the band where all members retain anonymity by hiding their faces. (Though Momochi claims she's out of place in that group since she shows her face!) Other members include the infamous denpa princess miko, and the "trap" guitarist Tissue Hime.

As a DJ, she focuses on anime songs and idol songs, and shows off her skills in dance and otagei. When she debuted, she only communicated through gesture or the use of a wipe off board (using her cute armbands to wipe it clean), but now she's somehow gained the ability of speech. 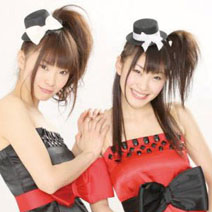 Also in the idol line up is the appropriately named "twin tail", an idol group of two twin sisters, Kisida Eriko (岸田恵里子) and Kishida Rina (咲岡里奈). They perform separately as well.

Although they aren't touted as a denpa group, check out this cute and fun song, 「だぁ～い☆キライ！」performed by 咲岡里奈 with 池田彩. 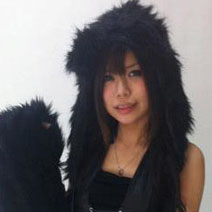 Introduced as a "FUSHIGI-KEI petit-avant-garde Idol", denpa fans will be pleasantly surprised with the cute voice and wild style of Kurimiya Marron (栗宮まろん).


You simply must check her out on youtube and become an instant fan! This girl knows how to rock! 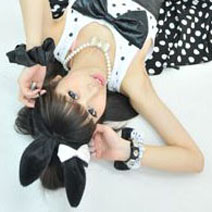 Last but not least on the idol side is えみゅ (Emyu) (Also known as 色音えみゅ) the "Beauty-Cutie Idol". She also works a maid at the maid cafe "ぽんでぃしぇり".


Unfortunately, she suffers from "hard to google name" syndrome, so my searches for live videos have failed. Best I can give you is this interview: 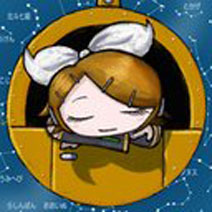 DJ Captain Mirai (キャプテンミライ) will also help bump up the Miku theme by playing lots of vocaloid songs. Besides being a Vocaloid producer, he has his own solo music career too. 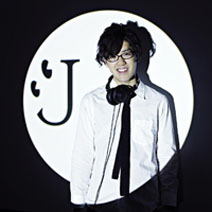 The famous DJ Kazu (DJ和) will also be stopping by to show his renowned skills as an anison DJ. He's released a number of anison mix CDs, his most recent being J-アニソン神曲祭り [DJ和 in No.1 胸熱 MIX]. 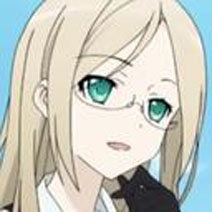 Spicing up the visuals will be VJ KITUNE. Some of you may know him from Anison Index at MOGRA.


Check out in a QB costume, doing an interview with Momochi, complete with English subtitles. Just don't be tempted to make a contract.


Ready to come visit? Here's what you  need to know:

If you're coming, don't be afraid to hit me up on twitter if you wanna hang out! Even if you're not coming, feel free to send any questions or suggestions too!
Posted by mandichan at 12:39

Fantastic article Mandi! I'm counting on you for more like these! It's awesome that he's doing this with an international public in mind. I would totally go if I could. Hopefully next time I'm in Japan I can meet Kenzo Saeki in person and tell him just how much I love that Nagomu CD! Enjoy the J-Geek event.